So Last night I got in from a crazy day and was all showered up and heading off to lay in my bed and get a little facebook time. Well, have you ever wondered if I got that great night’s sleep??? The answer is not really. I got some sleep but it didn’t go as planned. At 19 years of age I am now learning to ask myself … Does anything Ever go according to plans???

Well, I did get to bed but the coyotes were so thick last night it wasn’t funny. We had be just putting two dogs out a night so that at least one would be able to get a good night’s sleep for the next night’s work. However, Those Coyotes were thick as thieves last night and even could be seen out on the back pasture. With All three dogs working and keeping them at bay Carrie decided to start acting up. She drove all the sheep and goats out from under the safety of the stall.

Okay there was a reason. And that reason was the same reason the coyotes were sticking around. Carrie was in Labor. Mom and I got her into the barn and settled in for the night an got everything calmed down. Then I headed to bed while Mom kept watch. Less then 30 minutes later Carrie gave birth to twin Ewes. So that Brings the count to 5 ewes and 5 ram lambs so far.

Elsa and Anna are both doing well but they didn’t get weighted until this morning … Between the two of them Carrie gave birth to over 20 lbs. If you remember last year she gave us 16lb Gigi. Carrie does give us some big ones. 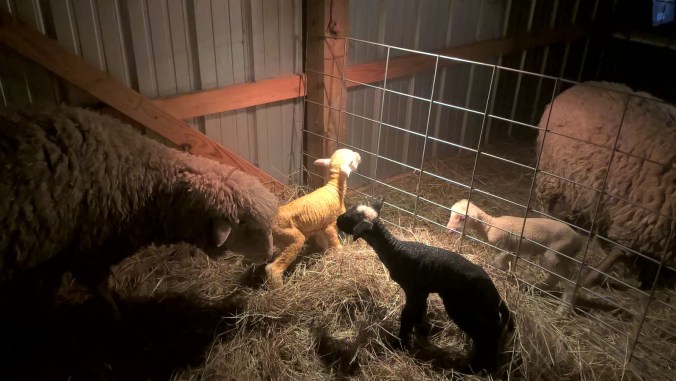 Then after once again being up late I was helping Kevin out again this morning. At least no more babies came. Mom did turn Hersey out for the day with her twins and she is really doing good. This is her third year and Man she is finally getting it. Anyway, Mom took some time to take some baby pics so I thought I would post them here for you all to enjoy. All I seemed to get done today was the horses rode and chores.

And I AM going to bed early. I have my shower and am headed them after this posts … LOL And just so you know Gurtie is looking like Mom will be keeping watch on her tonight … LOL Anyway, enjoy the pics … 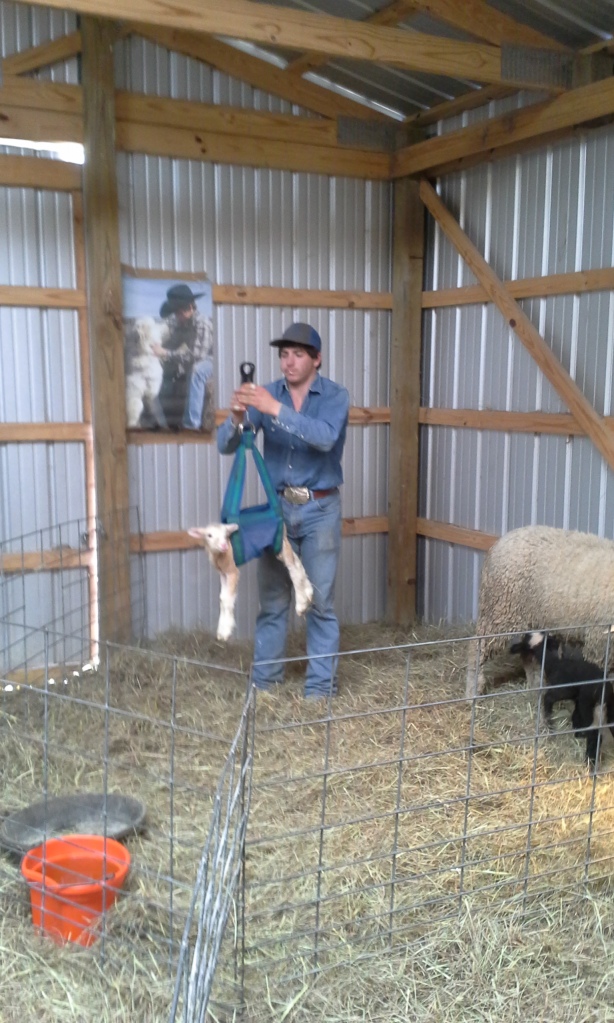